Nearly six months after combining Marriott Rewards, Starwood Preferred Guest, and Ritz-Carlton Rewards into one program, Marriott has finally released a new name and some changes to their rewards program. Enter: Marriott Bonvoy, which officially launched on February 13, 2019.

As a Marriott Rewards member for the past few years, I had received a few emails letting me know that the change was coming but didn’t think much of it until I noticed an unfamiliar app icon on my phone on February 13th. Marriott Bonvoy was here, and as a member, I figured I should probably do some research and find out what that meant for me.

I have been a Marriott Rewards card holder since 2015, and have found it to be an extremely valuable addition to my wallet. My husband and I travel a few times a year, and we have used our rewards points and card holder benefits for multiple free stays. We’ve stayed at a Marriott six times in the last year, most of those stays booked with rewards, and currently have Gold Elite status. To be honest, I am not entirely sure how we are at Gold Elite status, but I’ll take it!

We most recently used our points to book a stay at a Courtyard in Panama City, and were treated like royalty. We arrived in the middle of the night and came straight from the airport to find dessert and bottled water waiting in our room, and my husband and I were both offered free breakfast at the hotel restaurant the next morning. We stayed again for our last night before heading back to the airport (in the middle of the night again) and got the same treatment.

It turns out, the launch of Marriott Bonvoy didn’t really mean much for me, at least not for now. The main changes that I saw come with launch day were pretty much branding related. Members of the Starwood Preferred Guest program saw their previous app disabled on February 13, and are now expected to use the Marriott Bonvoy app. Other than this, not much has changed yet.

Marriott has announced a few changes that will be coming down the road, however. The first is expected on March 5, 2019 when Marriott will introduce an eighth category when they announce their annual category changes. If you’re planning to stay at a Marriott property this spring or summer, you might want to book before March 5th to avoid a potential price increase.

Later in 2019, Marriott is expected to introduce a price distinction between booking a property with points during peak or off-peak times. Watch for more specifics to come on this, as we don’t know when exactly this change will take place yet.

For current Marriott credit card holders, nothing is changing immediately but you will see changes in the future. Branding changes will be evident on future credit cards sent to you as your current card expires, and Marriott cards will now be issued by both Chase and American Express (who used to issue Starwood Preferred Guest cards).

If you aren’t a current Marriott cardholder, now would be a great time to sign up. Marriott is offering a signup bonus of 100K points after you spend $5,000 on the Marriott Bonvoy Brilliant or Marriott Bonvoy Business cards in the first three months.

Marriott is expected to increase the current 75K signup bonus after spending $3,000 in the first three months to match this 100K offer on the Marriott Bonvoy Boundless card as well, starting at the very end of February. One huge perk of being a Marriott credit card holder is the annual free night award, and that doesn’t appear to be going anywhere any time soon.

The bottom line is, the launch of Marriott Bonvoy on February 13th didn’t change much except for branding. However, we can expect to see more changes rolled out as time goes on. Hopefully these will be good changes, but only time will tell for sure. 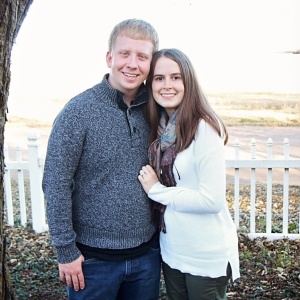 Are You Ready To Check-In?

This is where you come to find everything you want to know about travel rewards, tips and insider tips.  Don’t forget to sign up for our weekly news letter where we announce the winners to our monthly raffle.

Germs on a Plane: Tips for Staying Healthy While you Fly

How to Choose your First Travel Rewards Card

How Many Rewards Credit Cards Should I Have?

Say Aloha to Hawaii on a Budget